You are at Home 2017 March 28 LS-News DinoGate: Dino Melaye Must be Exposed says, Sowore

The last have not heard about the case between Senator Dino Melaye and Sahara reporters publisher, Omoyele Sowore tagged DinoGate.

DInoGate has taken a new turn as Mr. Omoyele Sowore has sworn to see to the very end the case against Senator Dino Melaye.

According to the report, which took the picture of the Sahara reporter which stated that he is going to bring down Senator Dino Melaye. He has vowed that he would do this no matter the cost.

He later made it clear that he is ready put his life on the line to ensure that Nigeria got of such leaders.

READ: How Dino Melaye was Impeached as the Geography Students Association President

Sowore said he would die to ensure that those he described as “drug dealers, certificate forgers, money launderers, political manipulators, and assassins” are named and shamed.

We bring you the full article on this as soon as we get them. 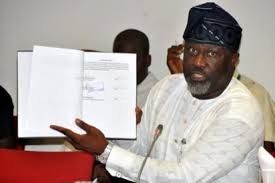 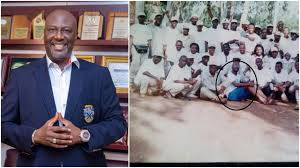 #COVID19: Voters need to understand that priority placed on health and education across ALL LEVELS OF GOVERNMENT are the most important for social and economic development – Dr Shola Dele-Olowu